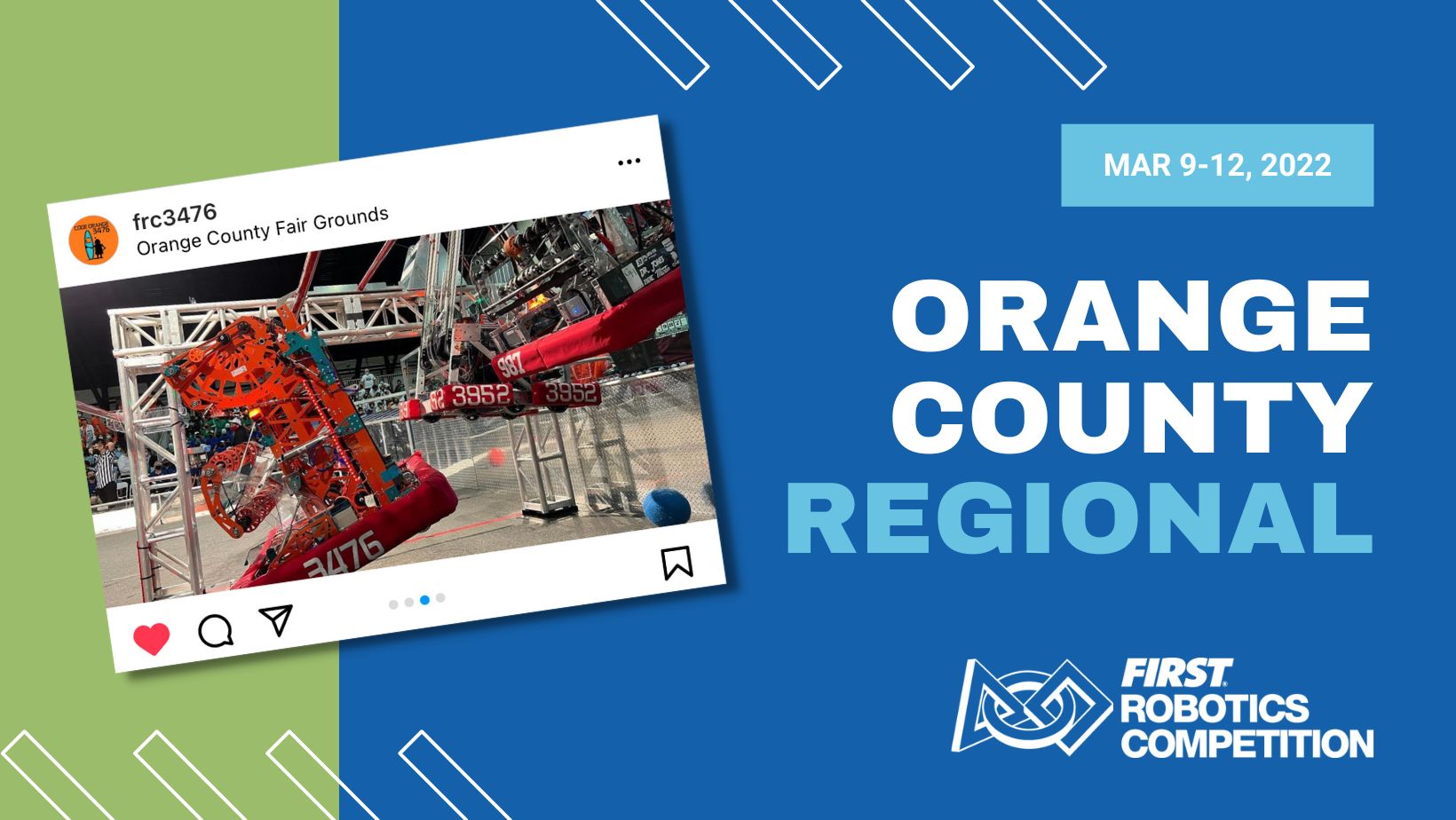 Congratulations to the 47 Teams PLUS all the Mentors, Volunteers, Sponsors, Friends and Family members who participated in the Orange County FIRST Robotics Regional Competition from March 9-12, 2022.

See your team in action at the event’s photo gallery.

The following teams and individuals earned top honors at the Orange County Regional and earned their way to compete at the FIRST Championships in Houston, April 20-23, 2022.

Congratulations to the Teams and individuals that earned the remaining awards at the Orange County Regional! See the list here.

We hope you too had a memorable experience at the Orange County Regional!