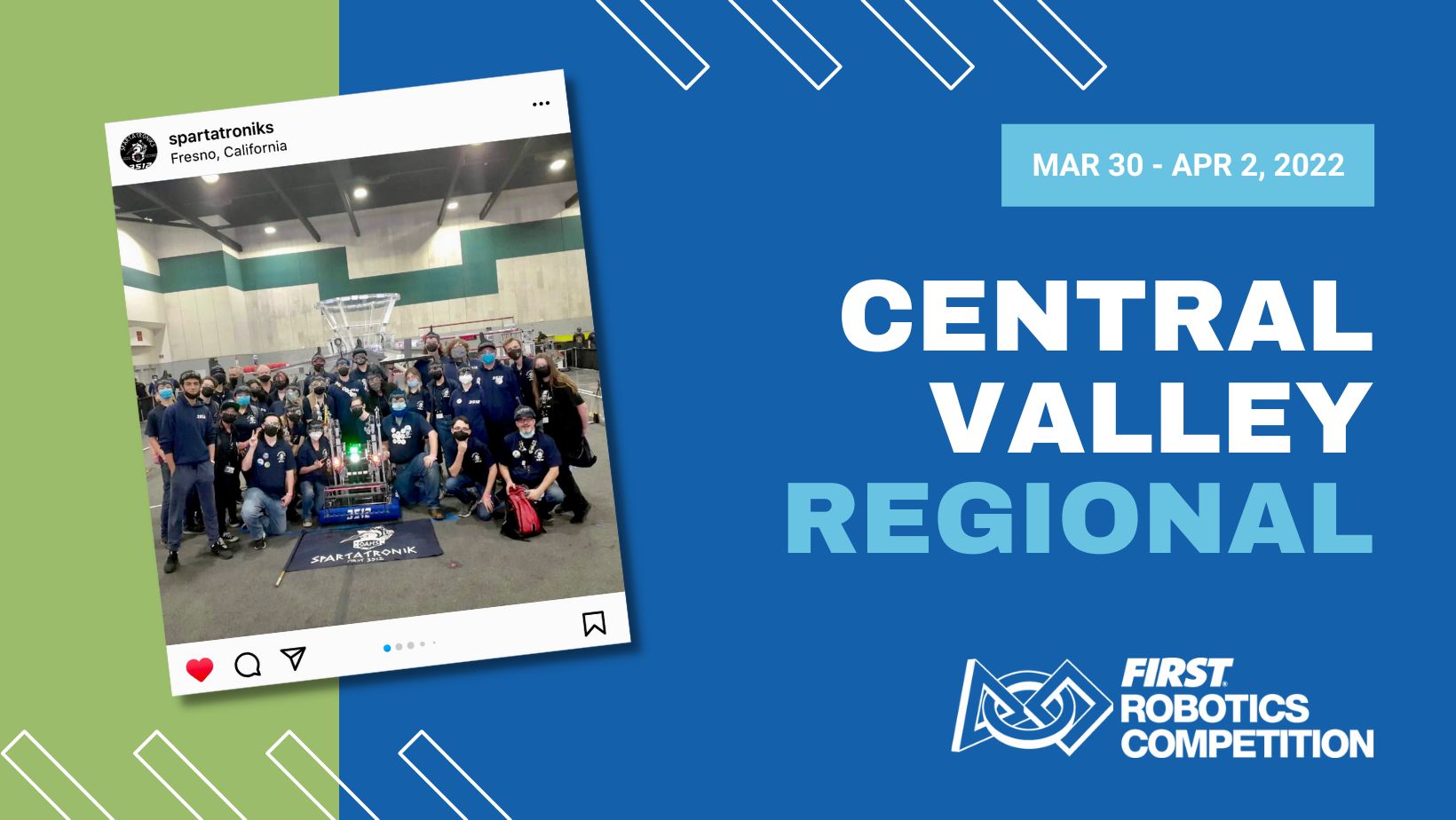 Congratulations to the 32 Teams PLUS all the Mentors, Volunteers, Sponsors, Friends and Family members who participated in the Central Valley FIRST Robotics Regional Competition from March 30 – April 2, 2022.

The following teams and individuals earned top honors at the Central Valley Regional and earned their way to compete at the FIRST Championships in Houston, April 20-23, 2022.

Congratulations to the Teams and individuals that earned the remaining awards at the Central Valley Regional! See the list here.

We hope you too had a memorable experience at the Central Valley Regional!