The following teams and individuals earned top honors at the San Diego Regional and earned their way to compete at the FIRST Championships in Houston in April. 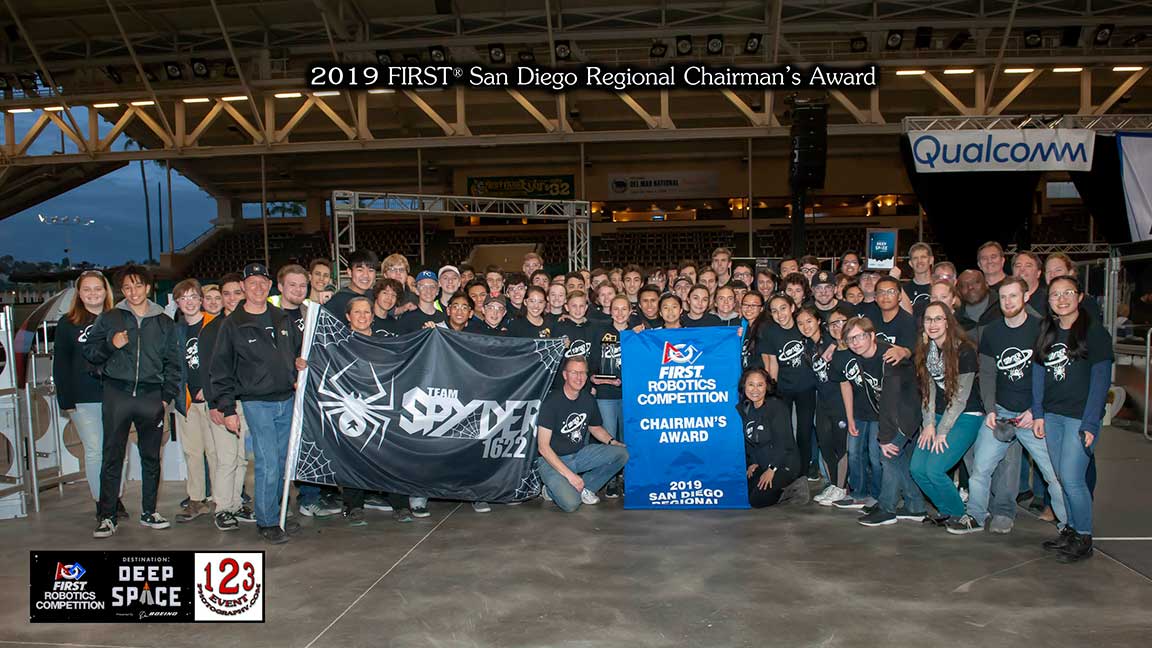 The Chairman’s Award represents the true spirit of FIRST.  It honors the team that best serves as a model for other teams to emulate and that embodies the goals of FIRST.  It remains FIRST’s most prestigious team award.  The Chairman’s Award is presented to the team judged to have the most significant measurable impact of its partnerships among its participants, school, and community over a sustained period, not just a single build season or school year. The winner is able to demonstrate progress towards FIRST’s mission of transforming our culture.  The recipient will be invited to the FIRST Championship where it will compete for the Chairman’s Award against the winners from all the other qualifying events.
Here’s what the Judges had to say –

“This team has consistently demonstrated the ideals of FIRST by inspiring teenagers throughout their community to pursue careers in engineering and STEM. They have created an innovation and engineering culture by establishing a women in engineering chapter, starting multiple teams in Title 1 schools, working with politicians to bring about legislative change, and more outreach than we can count. Providing a true model for other FIRST teams to emulate.
This innovation culture expanded globally as they provided mentoring, sustainability education, and financial support to teams in other countries with limited resources. Their web of influence may not get them to Hollywood, but they are going to Championships.” 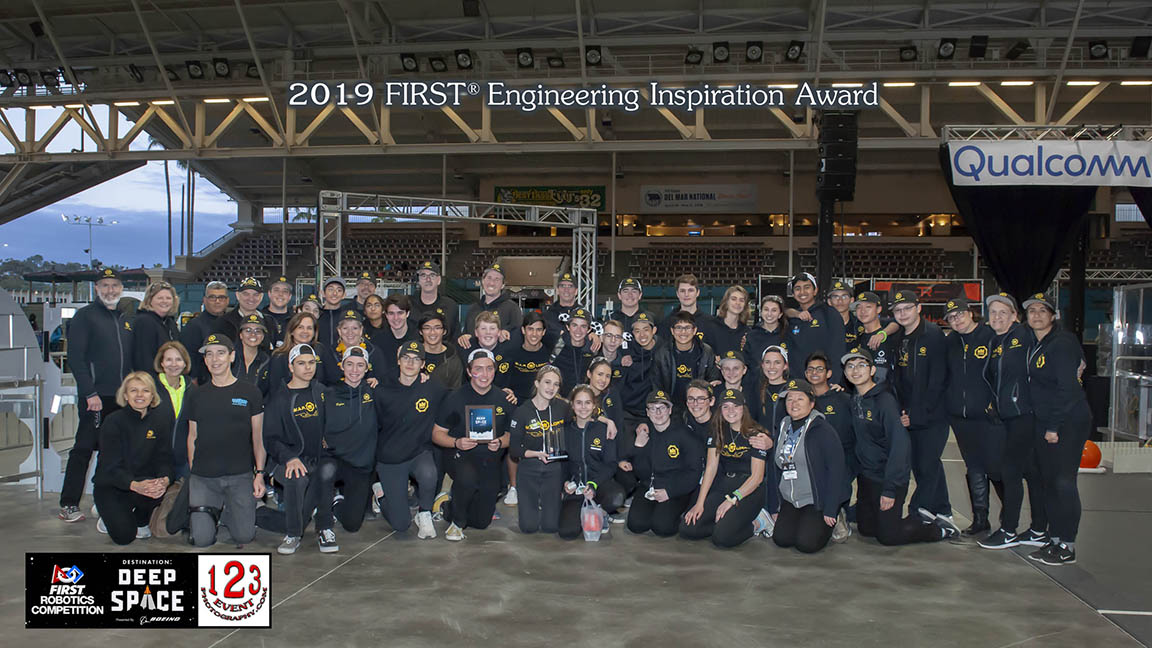 The Engineering Inspiration Award celebrates outstanding success in advancing respect and appreciation for engineering within a team’s school and community.  This team will advance to the Championships and receive a $5000 NASA grant toward registration.
Here’s what the judges had to say –

“This team’s impact extends from their school to the world stage. An eighth of their student body is engaged with various FIRST programs. They join with two other local teams to sponsor “Battle at the Border” during the off season. They sponsor FLL and FLL Jr. teams in eastern Europe. Inclusive engagement and empowerment which draws girls into STEM is a total WOW. Their outreach has no boundaries or walls.” 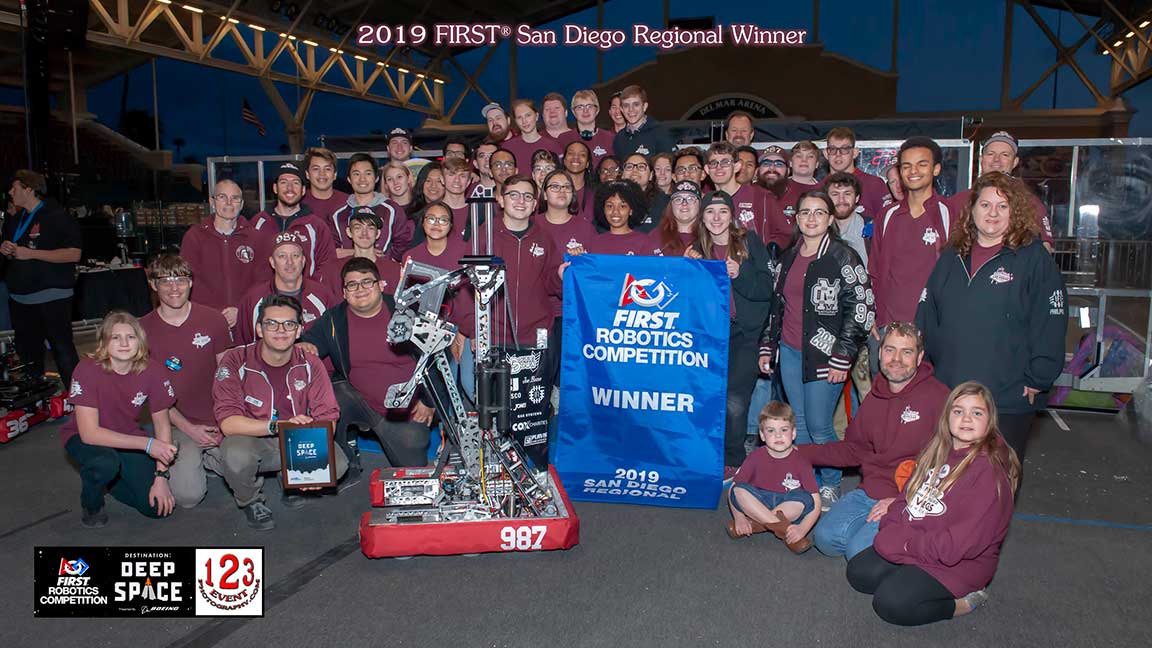 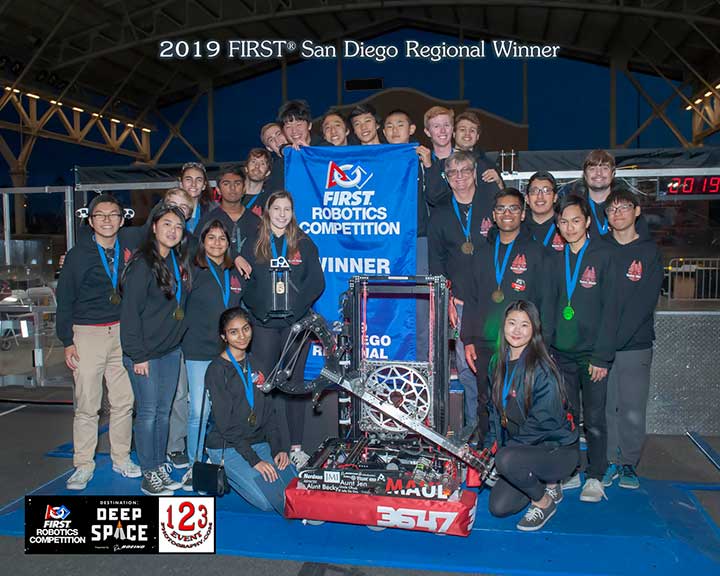 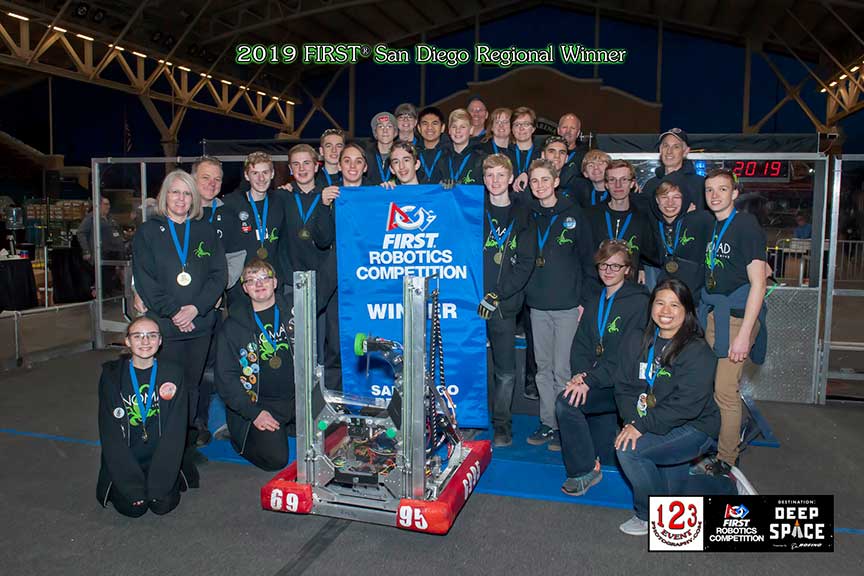 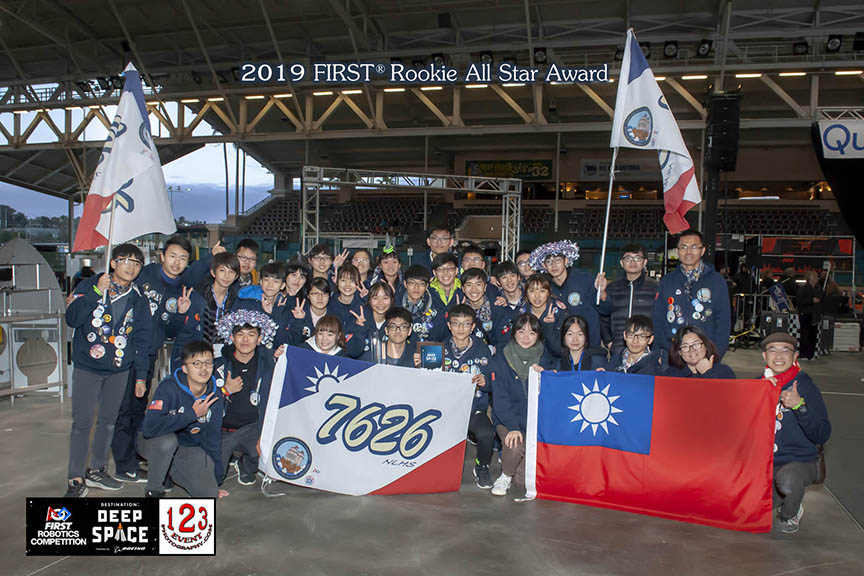 “This team is off to a great start!  With their focus on “learning by doing”, they recognize that building a strong, sustainable team is more important than building a robot.  They defined goals and objectives, created a thorough business plan, documented their team and engineering processes, and established a team structure organized to support their efforts.
In their rookie season, this team has shown all of us their honor and that they will never lose their self-confidence as they smoothly sail into the future.”

(advancing to Championships because of 3 wildcards)
Team 2839, Daedalus from Escondido 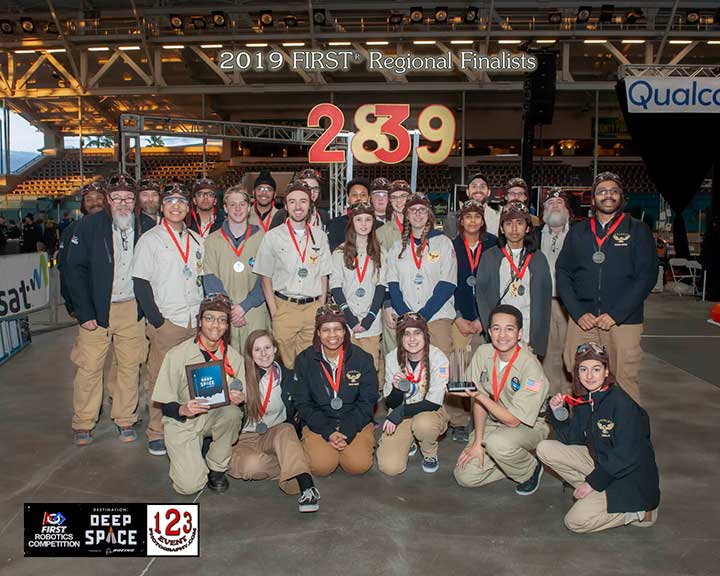 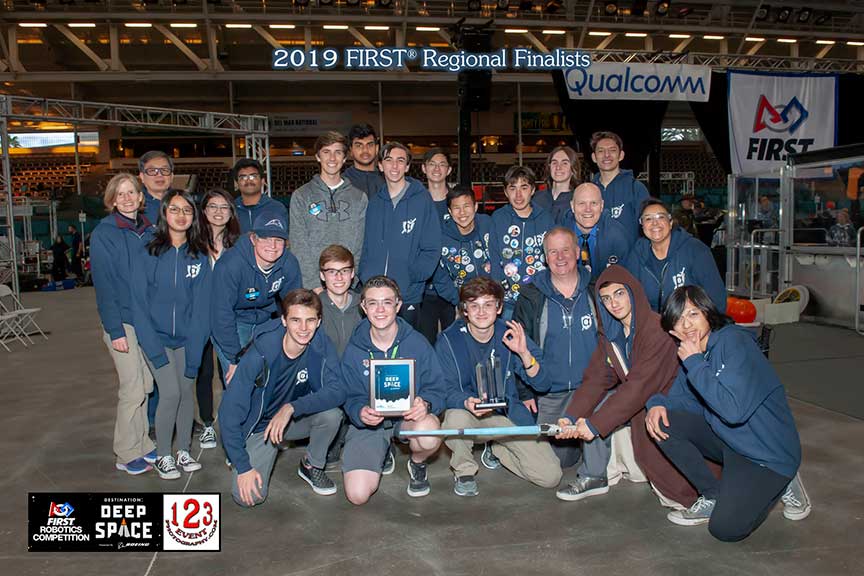 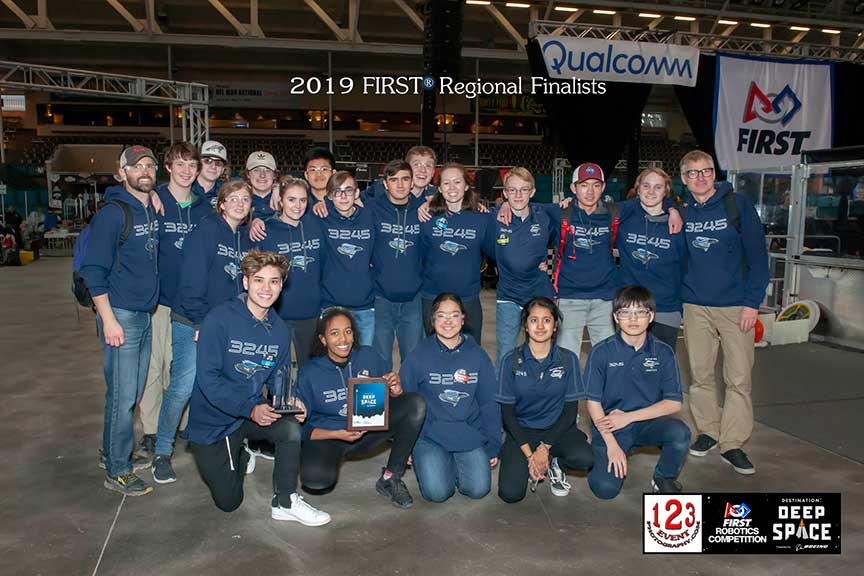 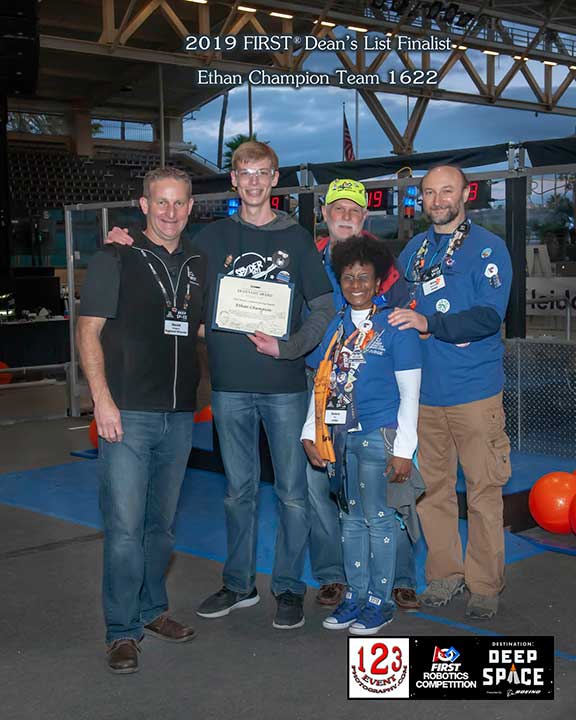 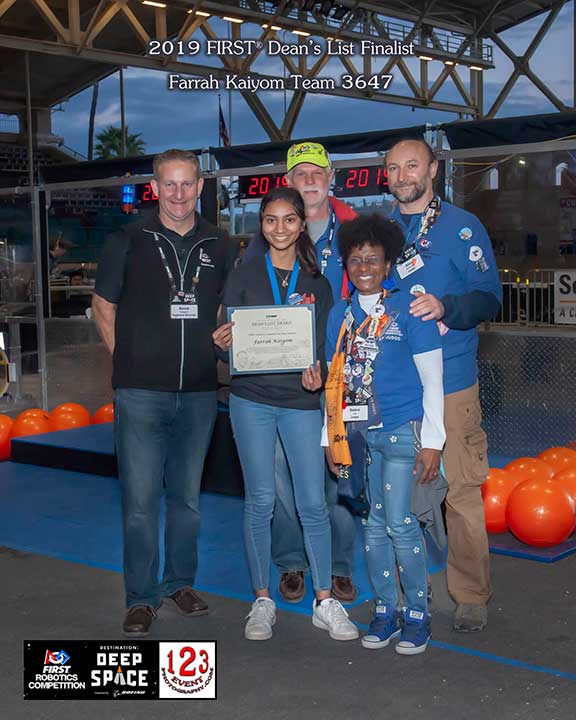 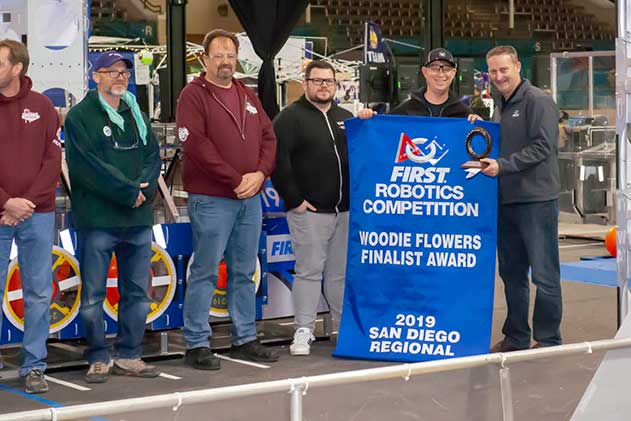 Congratulations to the Teams and individuals that earned the remaining awards at the San Diego Regional! See the list here.

Please be sure to assign the photo credits on your shared images for the above photographers.

We hope you too had a memorable experience at the San Diego Regional.  We’d love to hear your stories.  Please consider sharing them with us here in the comments below or on our facebook page.  Photo and video links welcome!