Though the events may be virual this year, the excitement is 100% real!

The below video captures the surprise and joy from team Athena when they learn they are Champions of the Los Angeles FIRST LEGO League Challenge Championship event.

Teams submitted and were judged on their videos of their Robot Performance as well as  a 15 minute video of the Innovative Project, Robot Design and their Core Values.

The awards were held live on YouTube with the following teams awarded trophies and 25 teams advanced to the Championships.

The Nuggets The Coders of the Round Table Galstonbot Galactic Circuits
 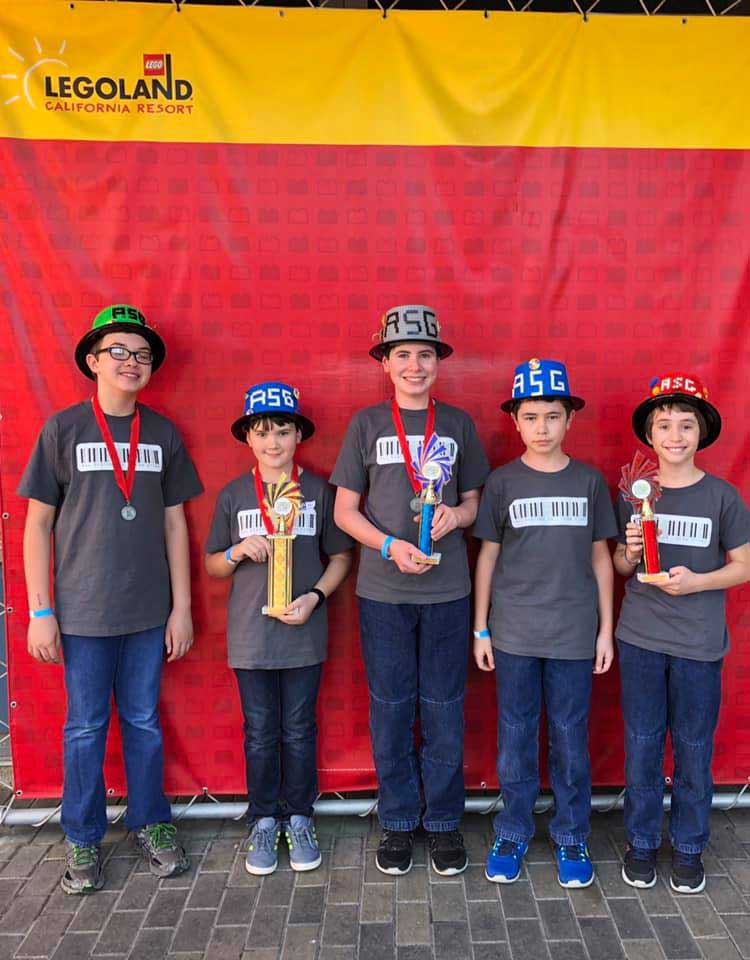 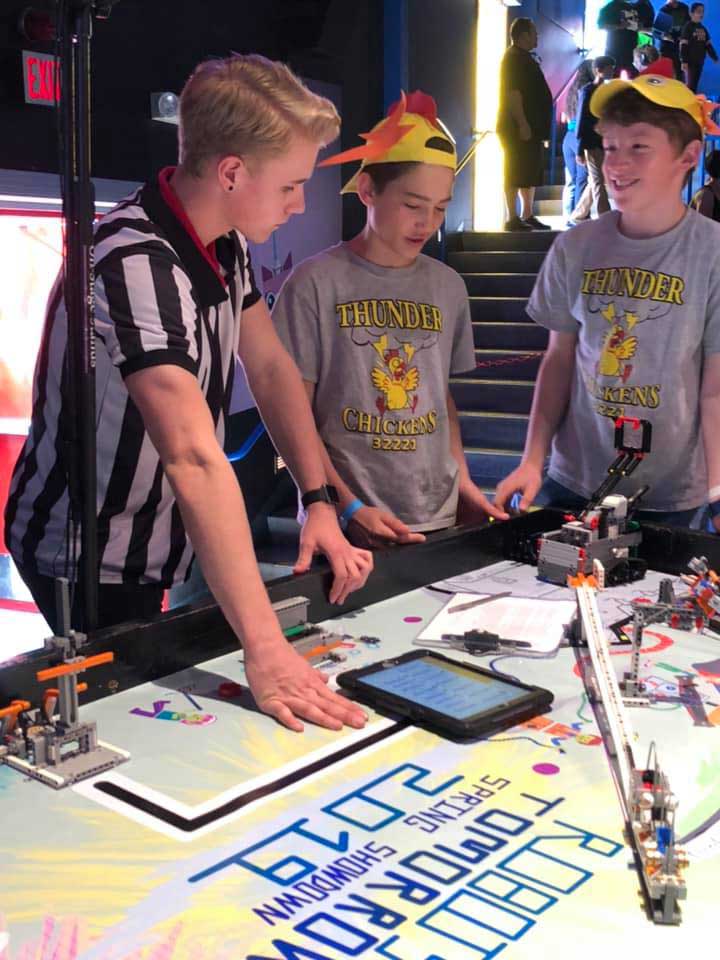 This year’s Spring Showdown theme was Robots of Tomorrow.
The premise: complete the missions of the past to save the future of LEGOs.  Taking from the FIRST Robotics Competition playbook of alliance partners, the “On the Spot” challenge is a part of the competition where teams are assigned to work with two other teams, “alliance partners”, to complete a series of missions they have never seen before. Partners are given 90 minutes to work together before they compete.
Many thanks to Paul Kass, the creator and director for this event and has been a part of FIRST LEGO League for 16 years! 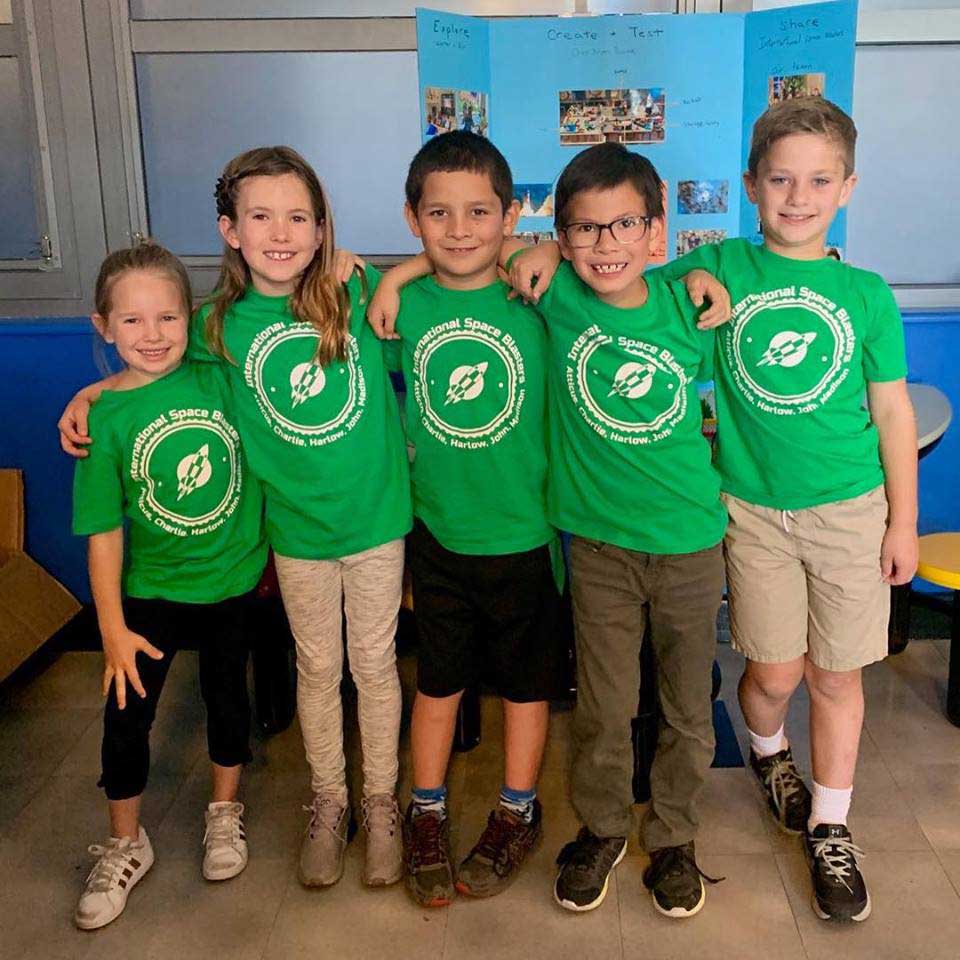 This event introduces our youngest teams to educational travel, new cultural experiences, and a chance to bond with other children who are also beginning their journey of engagement with FIRST. The Open Expo experience enhances the camaraderie, learning, fun, and cultural sharing of FIRST, and provides teams an opportunity to showcase their work and learn from each other in a fun, unique, exciting and supportive venue. 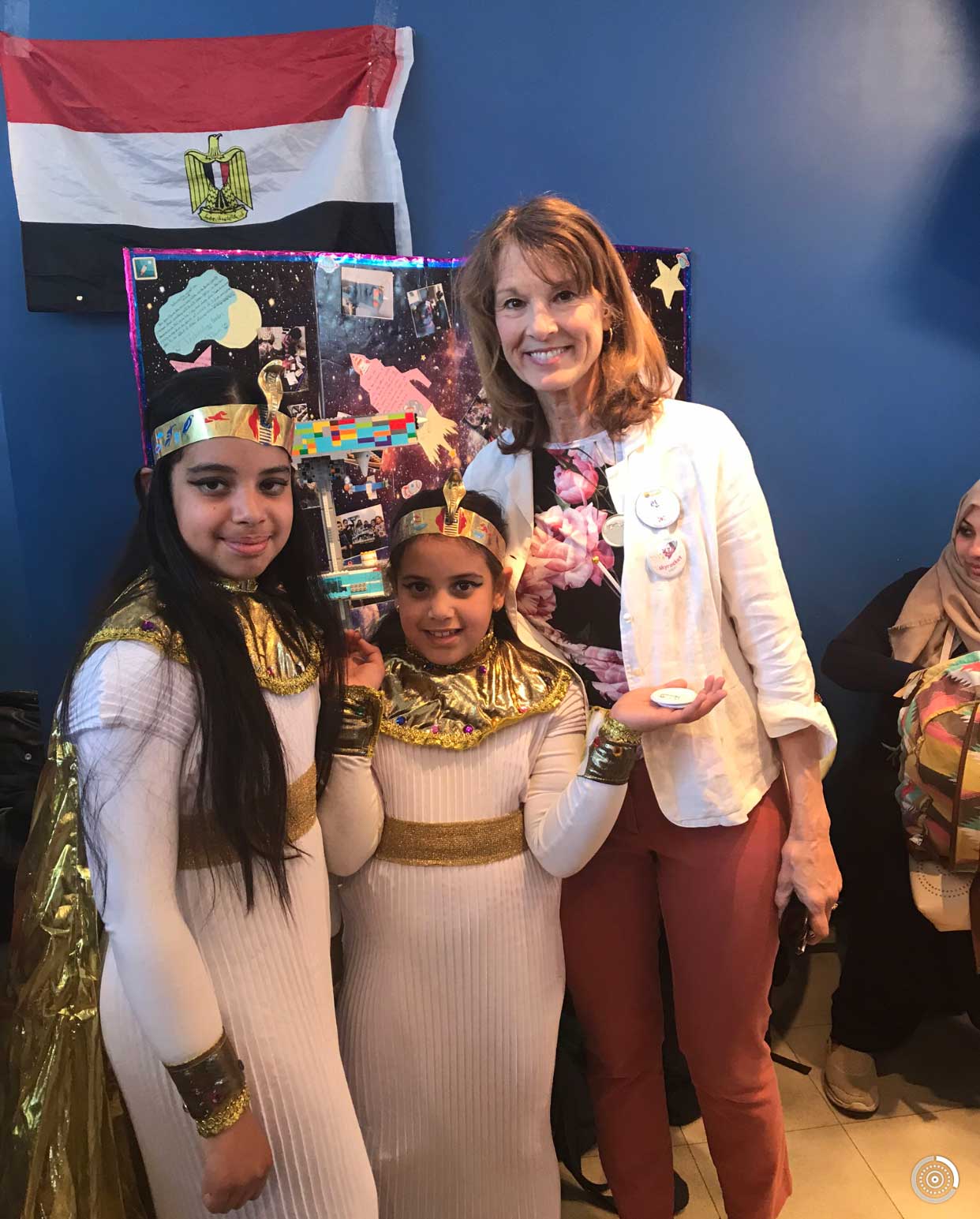 A HUGE thank you to all the volunteers that help make these exciting and complex events fun and successful! 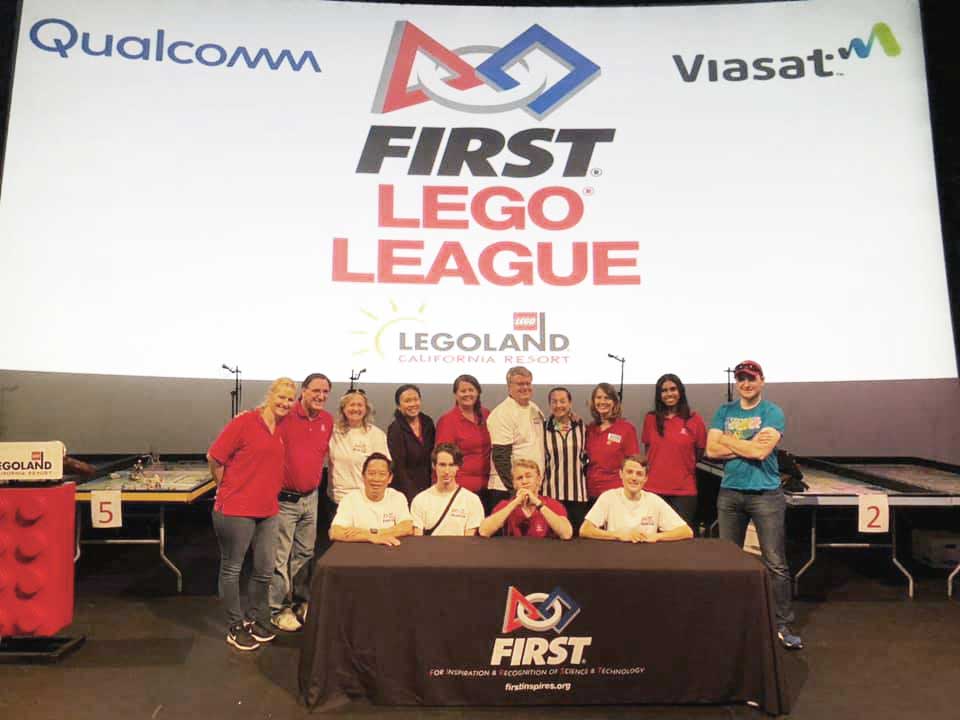 68 teams, from USA, Puerto Rico, Canada, Mexico, Korea, Japan, India, Australia, New Zealand, Ghana and Zimbabwe landed at LEGOLAND California to compete in the FIRST LEGO League International Open from May 17-19, 2019.
Helping us celebrate this year’s space theme, Into Orbit,  NASA Astronaut Dan Bursch joined us for the fun and was impressed with the teams’ innovative projects, which were similar to things he explored on the International Space Station. 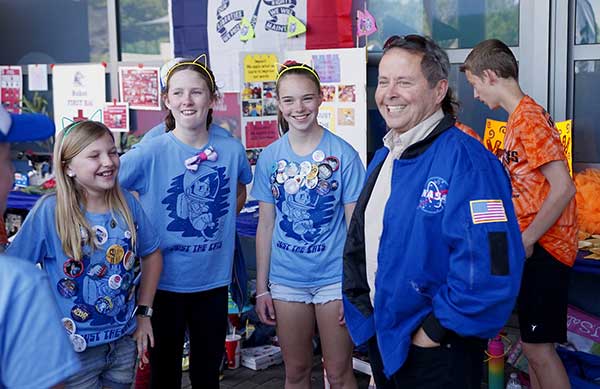 It was an action-packed weekend filled with excitement, discoveries, new friendships, FUN and memories of a lifetime …. plus teams were also able to enjoy the LEGOLAND and Water Park attractions in their “down” time. 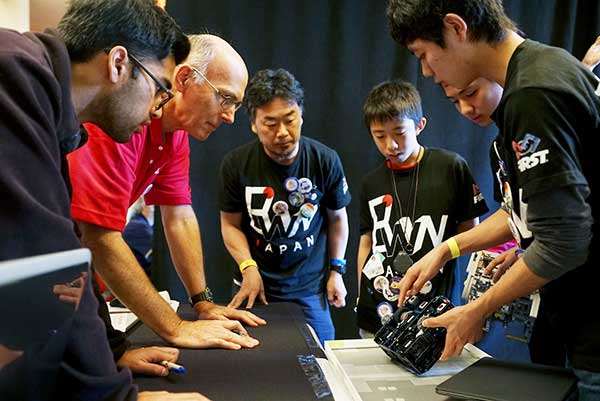 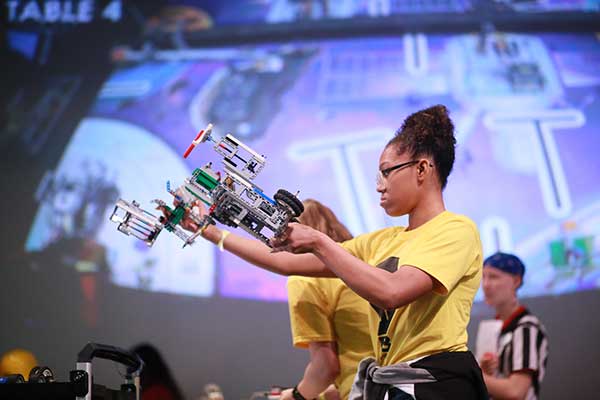 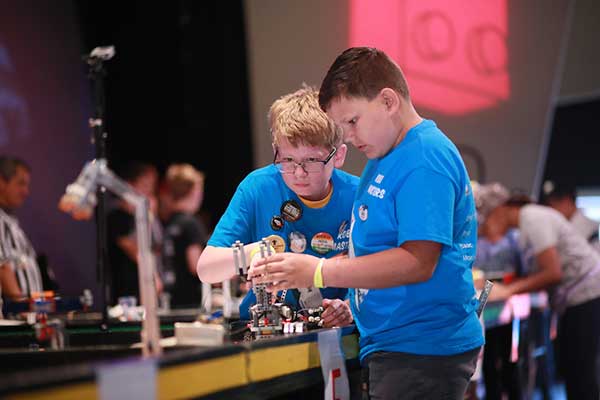 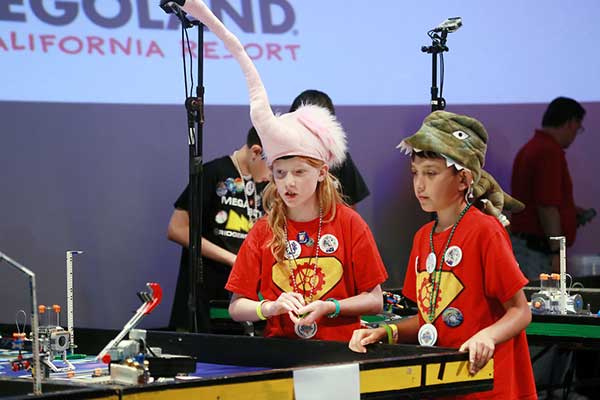 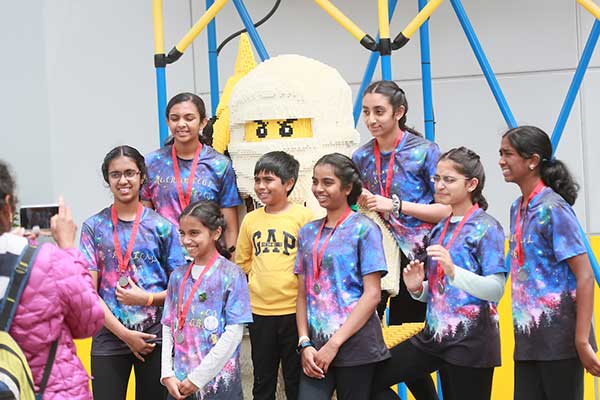 Many thanks go to the 76 volunteers from FIRST Robotics teams, engineers, community members and educators plus the So Cal Robotics League, the local non-profit arm, who provided medals, trophies, meals, polo shirts, photography, VIP escorts, and a Board Dinner to thank our VIPs and leadership team. Without you all, none of this would’ve been possible! 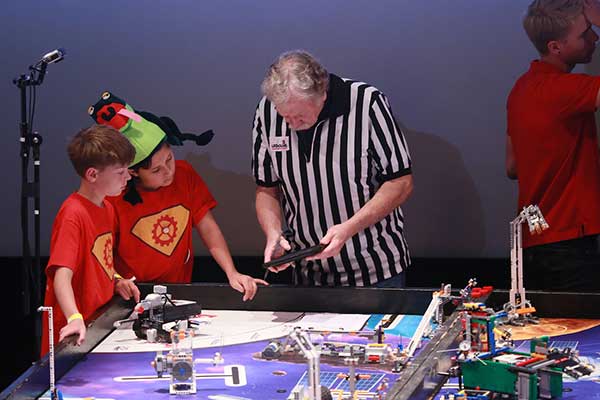 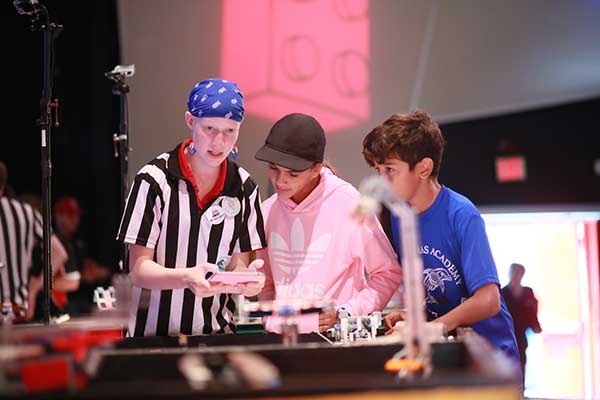 We so are proud of all our teams, and grateful to the coaches, volunteers, and sponsors – Qualcomm and Viasat! 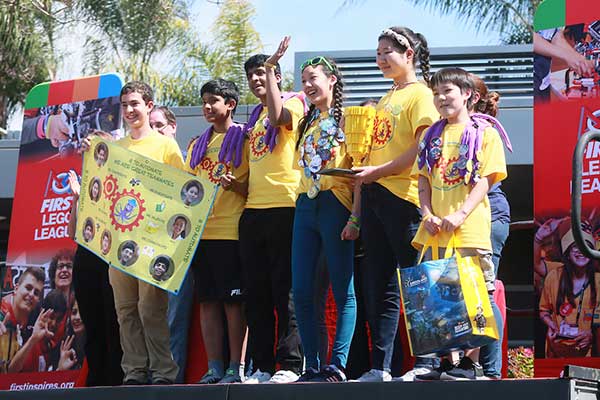 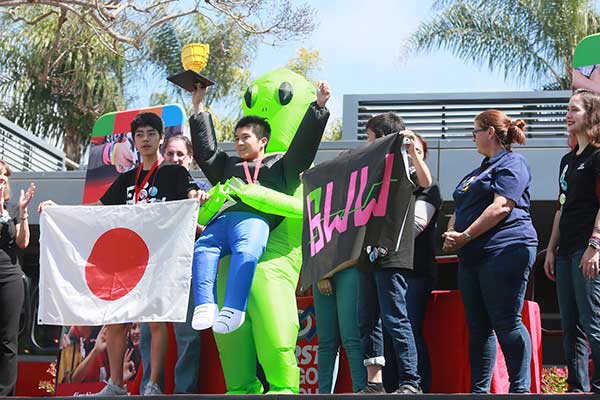 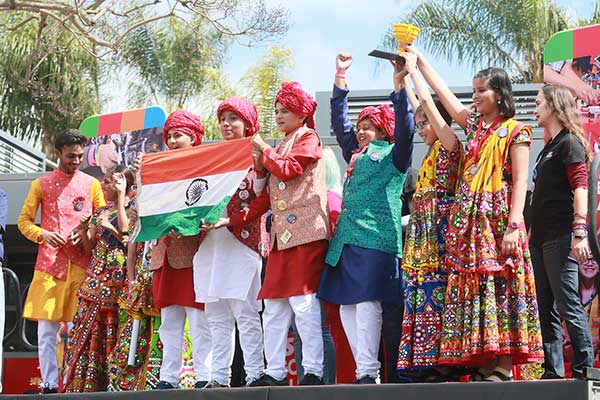 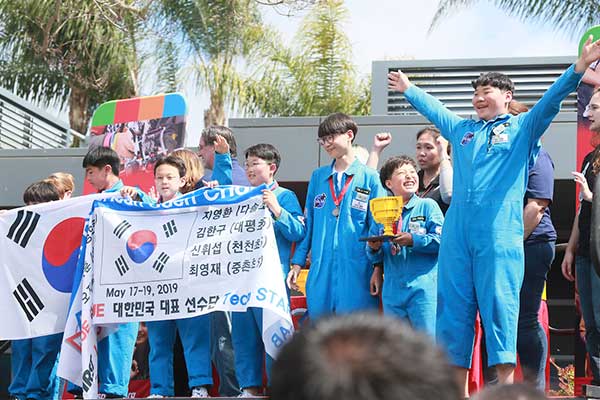 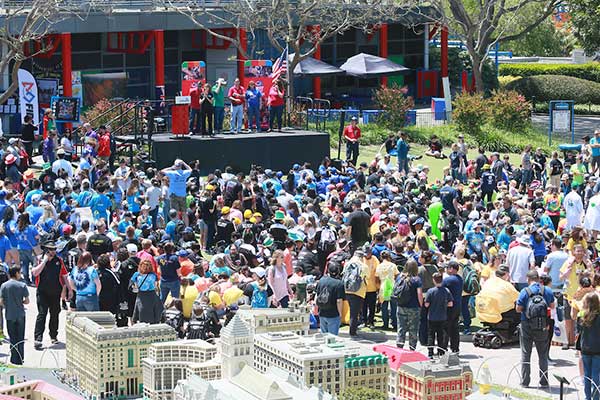 Photo Credit for all photos: Sandy Huffaker Photography.
Thank you Sandy Huffaker for helping tell the story of the weekend with your amazing photography!
This video created by team Narwhal of Ideas commemorates all of the teams who competed over the weekend. 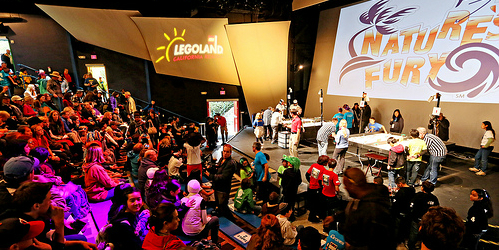 Over a span of two exciting days, 112 teams and over 1,100 students ages 9-14 descended upon LEGOLAND California to demonstrate their problem-solving skills, creative thinking, teamwork, competitive play, sportsmanship, and sense of community. cheap iphone 8 case online With STEM celebrities on hand, unusually soggy weather and the air electrified with the buzzing brains and effort from teams throughout Southern California, it turned out to be quite an eventful and memorable weekend. 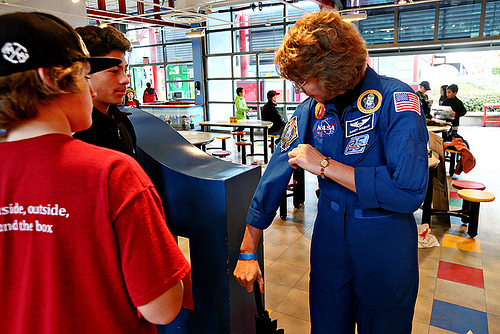 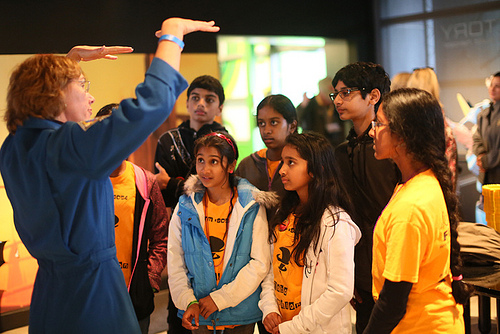 Former NASA astronaut and STEM advocate, Dr. Sandy Magnus, helped to inspire students on Saturday with great words of encouragemnet and also by connecting with individual students and teams throughout the day. In an informal meet and greet with teams, she shared how her interest in STEM lead her to become an astronaut and what is was like to fly in space and live on the ISS. Dr. Magnus also spent her time observing presentations and engaging students one on one to hear about their team’s project. When describing her impression of the event, Dr. Magnus told American Institute of Aeronautics and Astronautics, “This was my first chance to experience a FIRST LEGO League competition. It was an amazing event and what impressed me was how engaged and excited the young competitors were. I also had the opportunity to meet many dedicated volunteers and mentors. These competitions are making a big impact on our youth and propagating the excitement about engineering, teamwork, and problem solving. It was great to be a part of it!” Her enthusiasm and high regard for the students and the competition was also shared by a number of participants over the weekend. We checked in with a few other individuals to hear about their experiences and found they all had glowing words of praise for the participants, volunteers and the FLL program. cheap iphone 8 case George Chen, So Cal Regional Judge Advisor:

The quality of FLL teams in Southern California continues to impress me year after year. outlet iphone xr case online This year, with over 300 teams in our region, the competition for the championship events were fierce, and it clearly showed, with so many teams performing well in all areas of FLL – Project, Core Values, Robot Design, and Robot Performance. I want to especially thank the staff at LEGOLAND for continually putting on a stellar event, Time Warner Cable, whose financial support makes the event possible, and all the wonderful volunteers who served as judges, referees, and support. Despite heavy rain and cold weather, the teams’ spirits could not be dampened, and I could not be more impressed with their energy and accomplishments this season.

We were thrilled to support Southern California Robotics and the FLL Championships at LEGOLAND again this year. It was so inspiring to see the teamwork of everyone involved and how FLL makes Science, Technology, Engineering and Math education (STEM) fun and engaging, not only for the kids but for all who participated. iphone 7 case outlet uk We had several Time Warner Cable employee volunteers on-site during the weekend and they had a lot of fun and were very impressed by the level of the work the kids are doing.

FIRST LEGO League is a great vehicle for helping keep kids in the STEM pipeline; having Dr. Magnus share her experiences as an astronaut, her passion for STEM, and the importance of programs like FLL, took the day’s excitement for both the kids and parents to a whole new level. Many parents and coaches commented on how inspiring it was for the team members, especially girls, to have a role model like Dr. iphone xr case on sales Magnus take time to talk one on one with the kids. Her message of “You can do anything you set your mind to” was answered many times throughout the day with “I want to be an astronaut!”

WOW! It was my first time volunteering at the LEGOLAND event and it was amazing! The kids were so enthusiastic and inspirational, it was so hard to choose winners for the awards. It makes me really happy I am no longer in primary school because I would be so afraid to compete with these kids during the college admissions process! I would love to thank Cory Hoover and George Chen for the amazing work they did organizing and LEGOLAND and staff for letting me volunteer at this amazing event! I hope I can come back in future years to help out. 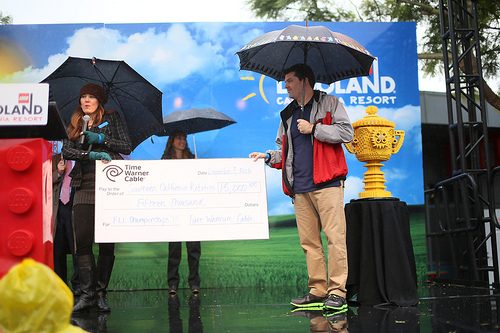 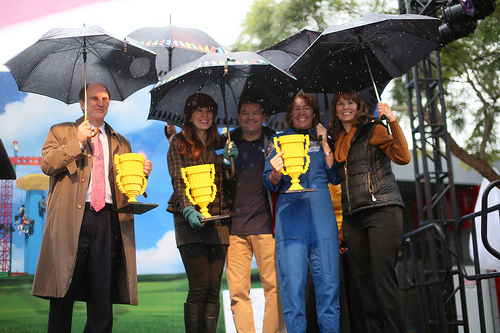 A very rainy afternoon on Saturday did not curb the enthusiasm from the crowd nor did it stop our special guests who donned umbrellas and took to the stage. Katherine McDonald from Time Warner Cable presented a very generous check for $10,000 to support the FLL Championship Tournament and California Senator Mark Wyland shared his words of encouragement and support of teams and volunteers who work to encourage an enthusiasm for science, technology, engineering, and math. [AFG_gallery id=’9′]   Much hard work, passion, time, team work and creativity went into the robots and projects demonstrated over the two days. In the end, these were the teams that stood out and went home with trophies.