DAVID BERGGREN | SENIOR REGIONAL DIRECTOR OF CALIFORNIA
DIRECTLY SUPPORTING: San Diego & Imperial County
FRC REGIONALS: San Diego & Del Mar
A native San Diegan, David Berggren graduated from the California Maritime Academy with a BS in Marine Engineering Technology and a USCG Engineering License.  After six years of work as a shipboard engineer he started a new career teaching at High Tech High in Point Loma, San Diego.  While at High Tech High, for fifteen years, David found his passion for teaching and mentoring youth in engineering and robotics through project-based learning and hands on instruction.  In 2004 he founded FIRST Robotics Team 1538 – The Holy Cows, which he helped build to be an elite team and one that has gained international recognition.
Seeing the amazing impact that the FIRST Robotics program had on his students, David decided to get more involved with the FIRST non-profit organization, in addition to teaching.  After working as the FIRST Senior Mentor for San Diego for two years he was asked to take on the role of Assistant Regional Director, which he did for one year.  A year later, he took on the role of FIRST Regional Director of Southern California which he held for six years.
In the Summer of 2017, David was asked to continue his dedication and commitment to growing FIRST in a full-time position as the Senior Regional Director for California, with oversight of all programs throughout the state.  With this incredible opportunity he decided to leave the classroom and dedicate all his time to getting more students, in the state, involved in FIRST.  David is passionate about inspiring our youth to not only explore the STEM fields but also strive to be positive members of the community and he feels very strongly that FIRST is one of the best programs to allow students to do this.

JANET MCKINLEY | REGIONAL DIRECTOR
DIRECTLY SUPPORTING: Central Valley & Northern Central California
FRC REGIONALS: Sacramento & Central Valley
Janet has been involved with FIRST since 2006, when her daughter joined FRC Team 692, The Fembots of St Francis High School, Sacramento.  During that time, she was mentoring many areas of the team and was the head coach for the 2012-2013 season. Janet has volunteered in many positions within the FIRST Family of Programs and served as the Volunteer Coordinator for the Sacramento Regional for 3 years before taking on the Regional Director role.   When she is not involved with FIRST, she serves the people of California in other ways at her “day job” providing technical support for the Enterprise Testing Office in the Employment Development Department. In her free time, when not hanging out with her husband and black lab, she continues to volunteer and helps mentor a local FRC team.

Kim moved from snowy Iowa to sunny Southern California with her husband, two boys and two dogs in 2015. After finishing her degree at the University of Iowa, Kim found her passion in helping others. She’s found an outlet for this desire to build people up through developing outreach and support programs for the ill and grieving, educating caretakers and community response personnel, empowering thousands of volunteers to share their skills and introducing K-12 students around the world to real-life STEM experiences.

Prior to joining the FIRST team, Kim led the global K-12 STEM outreach for a Fortune 500 aerospace and defense corporation, which included managing a multi-faceted partnership with FIRST.  Having chaired a local FLL tournament and being directly involved with the youth inspired by the continuum of FIRST programs, Kim understands how important it is to continue to build participation and team support. She not only brings passion and a strong network, but direct experience strategizing and success in growing FIRST teams.

Kim is enthusiastic about coming full-circle with FIRST and is honored to be part of the mission to inspire young people to be science and technology leaders. 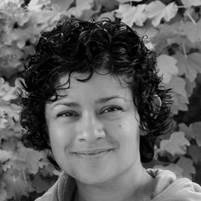 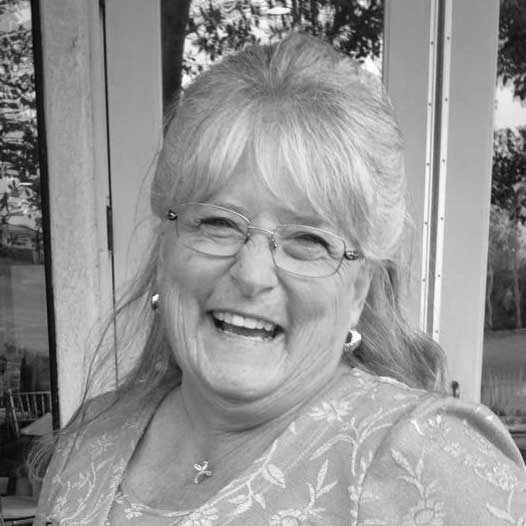 VELMA LOMAX | REGIONAL DIRECTOR
DIRECTLY SUPPORTING: Central Coast & Los Angeles
FRC REGIONALS: Ventura, Aerospace Valley & Los Angeles North
Velma comes to FIRST with a background as a Career and Technical Education Teacher, having taught Computer Repair and Maintenance, Cisco Networking, Computer Aided Design (CAD), Introduction to Engineering, Manufacturing technologies and, for six years, Robotics.  Her students at Ventura High School in Ventura, California, talked her into starting an FRC Robotics team in 2011 and Team 3925, Circuit of Life was born.  Since that time, she and her students have been instrumental in starting 10 FRC Teams, 2 FLL Teams in Ventura County as well as developing and hosting the Ventura Regional.  The fundamentals of FIRST are a passion for Velma as she has seen, firsthand, the benefit FIRST has had on her students.
In 2016, Velma was hired as a FIRST Senior Mentor, mentoring and growing teams throughout Southern California and, after retiring from teaching, came onboard as a Southern California FIRST Regional Director in 2018.  She loves  everything about the FIRST program, especially the fact that it is not just about the robot, it’s corporate America and all team members are exposed to authentic skills that can be used in their future careers.

CASSIE MCINTYRE | DIRECTOR OF CORPORATE PARTNERSHIPS
Cassie McIntyre joined FIRST as Director of Corporate Partnership in Southern California in June 2015. She brings over eight years of experience in healthcare, education and non-profit recruiting and fundraising, and a passion for leadership development and STEM education.
In addition to a proven track record for fundraising, Cassie aims to create mutually beneficial partnerships that are critical to an organization’s sustainability and long-term plans for excellence in execution, expansion, and education. The ability to create, maintain, and grow relationships drives her work and have been a consistent theme in each of her roles. What excites her the most about this role with FIRST, is the opportunity to help fuel growth for the organization through relationship building in Southern California.
Prior to joining FIRST Cassie worked for 7 years with Citizen Schools where she held a variety of different leadership positions at the regional and national level and was responsible for fundraising and growth strategy.

JIM BECK
It is with great sadness that we announce the passing of Jim Beck 1945 – 2017.
Jim Beck was involved with FIRST programs all over the Western United States for over 13 years. He worked actively with the 215 California FRC teams on the future of FRC and FIRST. He had responsibility for FRC regional competitions in Silicon Valley, Sacramento, Central Valley, and Inland Empire. Previous to his full time position as California Senior Regional Director at FIRST, Jim was a Professor of Engineering Technology in the College of Engineering at San Jose State University. Over his 33 year career in Higher Education he held numerous instructional and administrative positions. He continued to work vigorously for all the students involved in FIRST and is often heard saying “I do it for them but they keep me young”

STEVE STARK
With very heavy hearts, we are saddened to announce Steve Stark’s passing in 2018.
Steve was an amazing champion of FIRST, someone who always said yes with a smile and truly cared! He was looking forward to the next chapter of his life, retiring as FIRST Regional Director – Southern California to run FIRST Lego League in Los Angeles with his wife. We have lost an amazing colleague and great friend way too soon.